Produced as a road car and modified in 1972 for competition.

Vintage history in racing with participation in England in the 70s in the “Mod Sports” series.

Featured in the July 2005 issue of American magazine Corvette Fever.

The third generation Chevrolet Corvette debuted in 1968. The C-3, as its commonly called, was offered in either coupe or convertible body styles with several available engine configurations. One of the more desirable options for 1968 was the L89 option code. This led to what’s arguably one of the most balanced engines for this era of Corvette, with the L71 block receiving lightweight aluminium cylinder heads. This “big-block” option was factory rated at an impressive 435 horsepower.

This 1968 model is believed to have left the factory as an L89 example, one of only 624 built for 1968. As with many of these cars it was later converted from road car to a race car. This example was imported from Culver City, California to England to race in the British modified sports car series, “Mod Sports”. Rhoddy Harvey-Bailey would campaign the car for a single season in 1972, taking the lap record and winning in the Corvette’s first race at Croft Circuit in Yorkshire. The driver would go on to record five more wins and three 2nd places across the rest of the season. Evidence of the car’s race history are still visible today with its race number and bucket seats with multi-point harnesses on show. Today this car is powered by what’s believed to be an unstamped 1966 replacement engine. Accompanied by an extensive history file that includes numerous period racing photos, this unique Corvette is ready to be enjoyed on either road or track by its next caretaker. 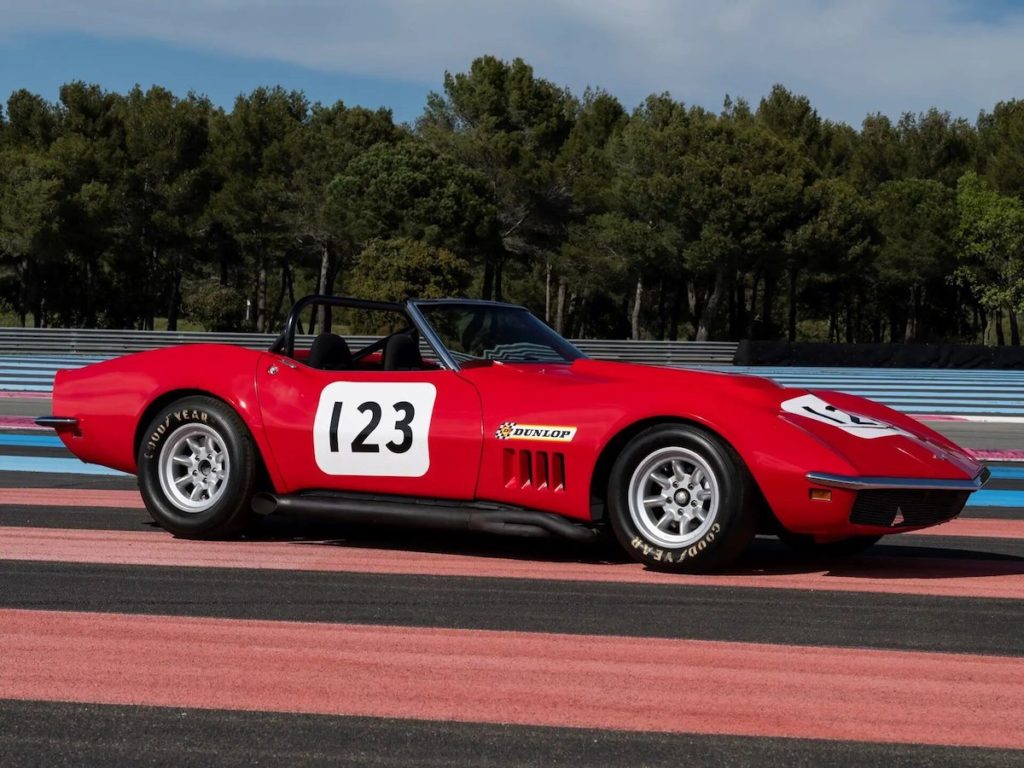